Even if you do not have a cancer diagnosis, you may consider having a mastectomy if you are at high risk of developing breast cancer. Bilateral prophylactic (preventative double) mastectomy involves removing both breasts to reduce breast cancer risk. Most women who consider this option have a family history of breast cancer or a strong genetic predisposition for mutations that increase the risk of breast cancer.

The more common gene mutations include BRCA1, BRCA2, CHEK2, NF1, ATM, CDH1, PALB2, PTEN, STK11, and p53. Women with a family history of breast cancer are encouraged to undergo genetic testing to determine if one of these genetic mutations exists. 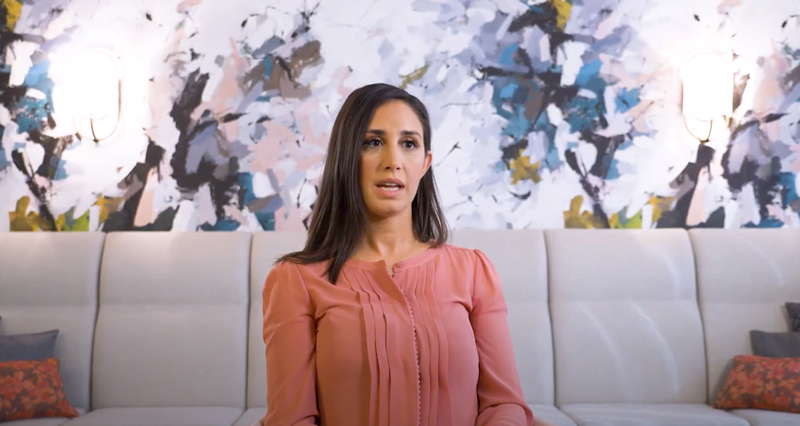 What is the BRCA gene mutation?

Individuals with a strong family history of breast cancer may have genetic testing for the BRCA 1 and BRCA 2 gene. Mutations (abnormalities) in the BRCA1 and BRCA2 genes are linked to breast cancer. These women are genetically predisposed to developing breast cancer, and the genetic mutation can occur in women with any cultural background.

Despite the increased risk of breast cancer in patients with BRCA gene mutations, it is important to remember, that most women diagnosed with breast cancer have no family history or genetic mutation.

View Those Who Came Before You.

I can’t recommend Dr. Tanna enough! He is truly one of a kind. Since day one, he respects what I have to say and engages in conversations showing interest, coming up with a plan of action that’s always what is best for me. I will always trust him to do any of my procedures! He is THE BEST!

What is nipple-sparing mastectomy?

With a nipple-sparing mastectomy, a woman’s existing, natural nipples and areolas are preserved. The obvious advantage is the aesthetic benefit, as no further surgery is required to reconstruct the nipple-areola complex. A common misconception is that leaving the nipple-areola complex increases the chance of cancer recurrence, but this is false. Research reveals, in the appropriately selected patient, there is no increase in cancer recurrence in patients who have had nipple-sparing mastectomy compared to patients who have undergone a traditional mastectomy.

There are some limitations to a nipple-sparing mastectomy, the first of which is that not all women are candidates. It may not be the right surgical option for large cancers or those occurring near the nipple. Since all the ducts terminate at the nipple, the nipple is considered part of the breast and therefore is usually removed when the cancer is near that structure. Women with very large or ptotic (sagging) breasts may not be ideal candidates. When considering this treatment, you should be aware that there may be a loss of sensation or altered appearance of the nipple areola complex.

Dr. Tanna is a lauded Double Board-Certified Plastic Surgeon who excels in reconstructive breast surgery including autologous flap procedures. He is committed to offering breast cancer patients preventative and ongoing care that maximizes their recovery options and quality of life.

Dr. Tanna completed a prestigious Microsurgery Fellowship at New York University, as well as two residencies in Plastic Surgery at UCLA, and in Otolaryngology at The George Washington University.

Dr. Tanna is Professor of Surgery and Associate Program Director of Plastic Surgery at Northwell Health, and is a member of the Katz Institute for Women’s Health. He has been published in over 100 peer-reviewed journals, and is a member of the American Society of Plastic Surgeons, the American Society of Aesthetic Plastic Surgery, and the American College of Surgeons. As a leader in his field, Dr. Tanna has often been featured in national and international media outlets. He has frequently appeared on television and in award-winning newspapers and magazines. Among several noteworthy honors and awards, Dr. Tanna has also been listed in the New York Magazine Top Doctors, Castle Connolly Top Doctors, New York Times Super Doctors, and Newsday Top Doctors lists.